CELEBRATING BEETHOVEN • PART I • HIS SYMPHONIC GENIUS • THE PHENOMENAL 5th 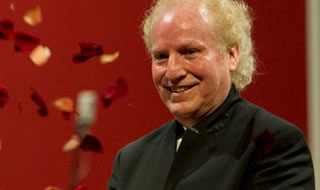 Enrique Diemecke is Artistic General Director of the world renowned Teatro Colón in Buenos Aires and is the first internationally acclaimed conductor to hold the position as artistic leader of the 110 year old acoustical and architectural marvel, considered by many to be the greatest opera house in the world. In the rich 110 year artistic history of the current Teatro Colón, hundreds of the world’s greatest artists of their day have brought their artistry to that stage. Among them Arturo Toscanini, Herbert von Karajan, Leonard Bernstein, Enrico Caruso, Maria Callas, Luciano Pavarotti, Eduardo Mata, Anna Pavlova, Vaslav Nijinsky, and Rudolph Nureyev. Celebrated composers who have conducted their own works at the Colón include Richard Strauss, Igor Stravinsky and Camille Saint-Saëns.

Maestro Diemecke began his rise to musical leadership at the Teatro Colón as Music Director of the Buenos Aires Philharmonic, an anchor ensemble of the theater. He continues at the helm of the Philharmonic an unprecedented 14 years on, and has overseen all artistic activities of opera, concerts and ballet, since February of 2017. Maestro Diemecke has also 31th seasons as Music Director of the award-winning Flint Symphony Orchestra in Michigan in the 2019-2020 season.

2018 and 2019 Diemecke conducted the orchestras of the Teatro Colón in massive concerts for160 thousands people in Rosedal Square of Palermo, Buenos Aires, and San Martín Square, Mar del Plata, with the program El Colón Federal. Also, in 2017 he has been awarded with the medal “Mérito en Artes” by the Asamblea Legislativa of México City, and in 2018 the prix “Mexicano Distinguido” from the Chancellery of the Government of México.

Canadian composer, pianist, teacher, and conductor Gary Kulesha is a well-known authority and promoter of 20th Century music and music of our time; his repertoire, as an interpreter, is impressive spanning a period that extends from the Baroque to music of today. Born in Toronto he received his musical training at the Royal Conservatory before studying composition in England and New York City between 1978 and 1981.

His Celebration Overture, premiered as a special program function in 1985 by the Etobicoke Symphony Orchestra, is one of the most performed orchestral pieces written in Canada. Kulesha’s explanation of the overture describes it best: “It was designed to be a traditional overture with all traditional elements…opening with a fiery flourish leading to the work’s first major tune.”

Throughout the piece’s eleven minutes, melody is the major element, especially evident in the lyrical middle section. A culminating, lavish climax ends the work the way it began, in a final F major flourish.

At age 32 the relatively young Beethoven neither expected—nor wished to admit—the approach of the cruelest possible nightmare for any musician, a rapidly increasing deafness. It was a secret he’d been able to keep from friends for some time, but soon was no longer able to hide it. “For almost two years I have ceased to attend any social functions, just because I find it impossible to say to people: I am deaf.” After countless failed treatments he was finally advised to seek retreat in Heiligenstadt, a pastoral suburb of Vienna. His hearing continued to deteriorate. It was in this rural setting where he penned his famous Heiligenstadt Testament in which he admitted to his brothers Carl and Johann that the loss of his hearing was irreversible, “an infirmity in the one sense which ought to be more perfect in me than in others.”

Yet, the agony and despair of Beethoven’s unfortunate condition became the genesis for his 2nd Symphony, ironically the most animated and joyful of his prodigious symphonic output. Completed sometime during the autumn of 1802 the 2nd Symphony voices no hopelessness, no depression as some others of Beethoven’s compositions do; it was instead a portend of greater things to come. Maynard Solomon, a Beethoven biographer, hailed the symphony “both introspective and prospective.”

The work is composed on a platform of four traditional movements: Adagio Molto-Allegro con brio, Larghetto, Scherzo, and Allegro molto, a work that abounds in both sensitivity and energy. In fact, the last two movements, so spirited in their presentation, shocked the sensibilities of contemporary concert goers.

It’s interesting to note that on the same program as the 2nd Symphony’s premier, two other Beethoven works were presented: his 3rd Piano Concerto and his oratorio Christon the Mount of Olives. According to the critics at the time both works, ever-popular Beethoven pieces, were easily eclipsed by the 2ndSymphony.

Original sketches for the symphony appeared between 1800 and 1804 at a time when Beethoven’s personal life was in a state of unrest. Barely into his thirties, he was already struggling with impending deafness. Added to this was the political upheaval in Austria and the Napoleonic occupation of Vienna, both of which weighed heavily on his patriotic sensibilities. His notebooks reflect a creative effort fraught with turmoil and dissatisfaction: scratched-out phrases, crossed-out notes, superimposed notations—all an angry mass of ugly ink blots and unintelligible smudges. According to the composer’s friend Friedrich Schindler, commenting on Beethoven’s state of mind, the work’s repeated four-note theme meant, “thus fate knocks at the door”.

The entire first movement is structured around this phrase, passing back and forth among the sections of the orchestra, amassing power is it goes.

In contrast, the second movement is melancholic and sedate, wherein two evident themes with variations emerge. The first occurs in the violas and cellos—as in the character of a song. The second appears in the clarinets and bassoons with variations heard in the plucked strings.

As the third movement begins, a shadowy theme presents itself in the cellos promising mystery and foreboding. Significant to note is the return of the same four-note motif found in the first movement. Also of significance, more recently, is that in Morse Code, three short dots and one long—the first movement’s pattern—stand for the letter ‘V’ which became the victory symbol used by nations coming out from under the thumb of Nazis.