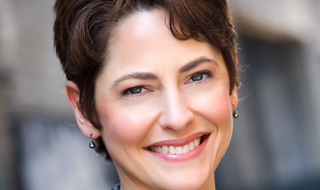 Laura Jackson  is described by audiences as "passionate, personable, engaging, innovative, charismatic, musical, and effervescent". Now in her eleventh season as Music Director and Conductor of the Reno Philharmonic, she continues to win praise for her artistry, leadership, innovative programming, and creative community engagement.

Her passion and drive have helped the Reno Philharmonic reach new heights with engaging composer-in-residence projects, vibrant performances of traditional repertoire, and collaborations that captivate the enthusiasm of the local community as well as the symphonic industry nationwide.
‍
In addition to classical, pops, ballet, and educational concerts with the Reno Philharmonic, Ms. Jackson guest conducts nationally and internationally. Recent performances have included concerts with the symphonies of Eugene, Hartford, Charlottesville, Hawaii, Flint, the Philly POPS, and L’Orchestre symphonique de Bretagne in France. In addition, Jackson recently returned to perform with the Atlanta Symphony, where she previously served as their first-ever female assistant conductor from 2004–7, working closely with Music Director Robert Spano.
‍
Jackson recorded Michael Daugherty’s Time Cycle on Naxos with the Bournemouth Symphony in partnership with Marin Alsop and received an invitation from the U.S. State Department in 2013 to serve as the first American to lead the Algerian National Orchestra. Other international engagements include concerts in China and the Philippines. In North America, she has performed with the symphonies of Alabama, Baltimore, Berkeley, Detroit, Phoenix, San Antonio, Toledo, Toronto, Windsor, and Winnipeg, among others.
‍
Prior to her appointment in Atlanta, she studied conducting at the University of Michigan and spent summers at the Boston Symphony Orchestra’s Tanglewood Music Center in 2002 and 2003. As the Seiji Ozawa Conducting Fellow at Tanglewood, she conducted numerous concerts featuring both traditional and contemporary repertoire.

Jackson spent her early childhood in Virginia and Pennsylvania before moving at age 11 to Plattsburgh, New York, where she grew up waterskiing, swimming, and sailing on Lake Champlain. She fell in love with the violin in public school, later attending the North Carolina School for the Arts to finish high school. She pursued an undergraduate degree at Indiana University where she studied both violin and conducting before moving to Boston in 1990 to freelance as a violinist and teach at Phillips Exeter Academy in New Hampshire. She holds a DMA in orchestral conducting from the University of Michigan, where she studied with Kenneth Kiesler.

It is 1804, the French Revolution has wound down, but the lofty ideas about peace, freedom and human rights the revolution raised are still being discussed throughout Europe; they are topics high on Ludwig van Beethoven’s list of ideals.

Such was the genesis for Fidelio, Beethoven’s only opera. The work is an example of what was referred to as a “rescue opera”, popular during the composer’s time. Leonore, disguising herself as the prison guard Fidelio, fights against cruel odds to rescue her husband Florestan from a prison death.

Nothing in Beethoven’s entire compositional career caused him more anguish than the effort he expended composing Fidelio. As an example, the opera’s overture struggled through four complete versions, a task that spanned ten years.

The original overture title was Leonore, the name that Beethoven preferred. But the size and complexity of the piece overshadowed the opera itself. All of the composer’s subsequent rewrite efforts presented dramas of their own. Then in 1814, at the defeat of Napoleon Bonaparte at Waterloo, an inspired Beethoven eagerly took over the chance to once again revise the opera, including the overture. What transpired is the shorter, nonetheless powerful, piece heard today. It is hardly surprising to discover how Beethoven himself felt about the whole project:

Although Beethoven remained an unmarried bachelor his entire life he was not without his share of family and social controversy. When a housekeeper was invited to share his brother Johann’s accommodation, Beethoven’s puritan sensibilities were outraged. He journeyed immediately to Linz to take the situation in hand. There he obtained a legal order demanding the girl return to Vienna. This prompted a confrontation between the brothers and in order to avoid having the young lady leave, Johann married her—much to Ludwig’s displeasure.

It was also near this same time that the now famous “Immortal Beloved” love letter was written. Few historical documents have generated more guess work surrounding the identity of this unnamed woman. The heartbreaking letter was never delivered, only discovered in Beethoven’s estate after his death. According to one biographer it could only have been Antonie Brentano, the wife of another man, a couple Beethoven may have met in Prague.

Ironically, from this upheaval in Beethoven’s life came a work of joy and exhilaration, the 8th Symphony. Critically, it did not spawn the kind of reaction or “create a furor, a universal delight” as did some of Beethoven’s other symphonic works. And although radically different in its structural arrangement—for instance, no slow movement—it yet remains a work of brilliance and high spirits. It is shorter than his other symphonies (just 25 minutes) and culminates in a finale that defies conventionality—full of surprises and sudden effects.

It seems ironic that Beethoven with his great love for theatre did not produce a wealth of music for the stage. Beyond Fidelio, his only opera, there were only five other works of any note: Egmont, King Stephen, Coriolan, TheRuins of Athens, and a ballet, The Creatures of Prometheus.

The Ruins of Athens Overture, often referred to as The Incidental Music, came about as an idea Beethoven presented to German dramatist August von Kotzebue for an opera about Attila the Hun; the work was never written. What came about instead was a play, The Ruins of Athens, penned by Kotzebue in 1811 for the dedication of a new theatre in Pest (Budapest). At the time, most of Kotzebue’s previous works were unfavourably received by critics who dismissed them as immoral. Despite the disapproval, Kotzebue remained one of the most popular playwrights of his age, dismissing the criticism as “jealousy of his fame.” Beethoven either did not read what the critics thought or simply chose to ignore them.

His overture to The Ruins includes the “Turkish Element” a fashionable musical carryover from the 17th Century. The attraction lies in striking harmonies and instrumentation, an oriental colouring Beethoven created in the piece with trumpets, trombones, timpani, and strings. Undoubtedly the most recognized melody in the overture is the now famous “Turkish March”, the overture’s fourth movement, a suggestion possibly of a passing military band on parade.

Today, few music students can escape learning Anton Rubenstein’s popular piano transcription of the march, which remains a staple in the keyboard repertoire.

Commonly referred to as the Pastoral Symphony, Beethoven’s No. 6 is an example of “program music”, an attempt by the composer to invite images correlated to what the listener hears. The term, also labelled “art music” pertains almost solely to compositions belonging to the European Classical Period—Beethoven’s era—during which time it was popular.

As alover of nature, Beethoven spent countless hours strolling the country bywaysaround Vienna; as a result, the 6th symphony is one of his worksthat presents the pictorial elements found in programmatic music. He completedthe symphony in 1808 and although he admitted he was not a true advocate ofprogram music, it is not hard to recognize the symphony’s sounds of bird calls,country dances, and thunderstorms. In Beethoven’s own words:
“1st piece: pleasant feelings which awaken in men on arriving in the        countryside.2d piece: scene by the brook. 3d piece: merry gathering of    country people, interrupted by 4th piece: thunder and storm, into which      breaks 5thpiece: salutary feelings combined with thanks to the Deity.”
Perhaps this musical picture recognition helps audiences to identify with the composer’s intent to a greater depth. Although the trend died out beyond the Romantic period, typical examples are still found in modern film scores: music that suggests human feelings and emotions.