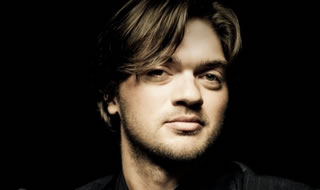 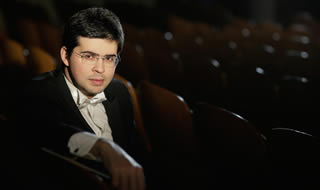 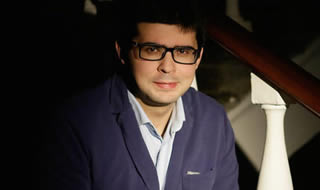 "The conductor Valentin Uryupin demonstrates that carefulness leads to more precise insight when listening." Frankfurter Allgemeine Zeitung Valentin Uryupin is an exceptional musician in two respects: before he celebrated success on the conductor's podium, he won more than 20 international competitions as a clarinettist and performed worldwide. In view of his numerous conducting engagements - both in operatic and symphonic fields - his performances as a soloist are increasingly rare. However, Valentin Uryupin can occasionally be seen in play-conduct concerts in both roles, as conductor and clarinettist.

A highlight of the current season is his invitation to return to the Frankfurt Opera. There he conducts a new production of Tchaikovsky's opera The Enchantress, after enjoying great success there last season with Oedipus Rex and Jolanthe. Debuts also take him to the Phion - Orkest van Gelderland & Overijssel, with whom he tours, to the Theater Darmstadt, where he conducts an orchestral programme, and to the Royal Symphony Orchestra of Seville. In addition, he is again working with the Janáček Philharmonic Orchestra, the Orchestre de Chambre de Lausanne, and with the Deutsche Radio Philharmonie Saarbrücken Kaiserslautern, with whom he is continuing work on a complete recording of Alfred Schnittke's violin works with Friedemann Eichhorn and Vadim Gluzman. Other guest conducting engagements have included the Slovenian Philharmonic Orchestra, New Japan Philharmonic, Tapiola Sinfonietta, SWR Symphony Orchestra, Orchestra della Toscana, Orchestra Filarmonica del Teatro Comunale di Bologna, Orchestra Sinfonica di Milano Giuseppe Verdi, Danish National Symphony Orchestra, MAV Symphony Orchestra Budapest, and Philharmonie Zuidnederland. As an opera conductor, he has led highly acclaimed productions at the Stuttgart State Opera (Die Liebe zur drei Orangen) and at the Bregenz Festival (Eugene Onegin, 2019 and Siberia, 2022). He has also been a guest at the Tiroler Festspiele Erl on several occasions.

In autumn 2021 Valentin Uryupin became chief conductor and artistic director of the Novaya Opera in Moscow. There he presented two major productions with Korngold's Dietote Stadt and Massenet's Cendrillon before resigning his post at the house. As artistic director of the Rostov Symphony Orchestra from 2015 to 2021, Valentin Uryupin developed the orchestra into one of Russia's most renowned ensembles. In addition to its own concert series at the Moscow Philharmonic (Tchaikovsky Concert Hall), the orchestra travelled to guest performances under his direction, including at the Brucknerhaus Linz. In Russia, Valentin Uryupin has also made regular guest appearances with majoror chestras, including the State Academic Symphony Orchestra "Evgeny Svetlanov", the St. Petersburg Philharmonic Orchestra, the Ural Philharmonic Orchestra, and the Russian National Youth Symphony Orchestra, which he last conducted at the Lucerne Festival in 2021. For several years he worked closely with the Music Aeterna Orchestra at the Perm Opera.

The winner of the 8th International Conductors’ Competition Sir Georg Solti (2017) completed both of his studies - clarinet and conducting - at the Moscow State Conservatory. His teachers include Gennady Roshdestvensky and the clarinetist Evgeny Petrov; he also assisted Valery Gergiev and Vladimir Jurowski.
‍

Highly acclaimed for his musical imagination and astonishing versatility. “Control, and a smooth, elegant expressivity… are what make Wolak shine.” (John Terauds, the Toronto Star)

He continues to expand the clarinet repertoire by commissioning new pieces. Regularly appears in recitals as chamber musician and as soloist with American and European orchestras. A “Fryderyk” nominee, Poland’s highest recording award, he is a regular fixture on the Canadian Broadcasting Corporation, Classical 96.3 FM, Public Radio International, and in the US, National Public Radio.

As a soloist/clarinet clinician, he has toured and taught master classes in Europe, Asia and both Americas.

Since August 2015 he is actively involved in research on the role of oral articulators in clarinet playing at Speech-Language Pathology Department at University of Toronto. Results of the preliminary studies are to be presented in the upcoming months.

Dr. Wolak is a regularly published author of articles on clarinet-related issues in Your Muse, the largest music magazine in Poland, in which he is an editor and contributor of a section called “Clarinetist’s Vademecum”.

He is the founder of Music Mind Inc., an initiative that creates music education programs for schools and communities.
‍ 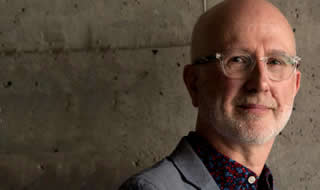 Jeffrey Ryan was almost an accountant. Three months into his first semester at Wilfrid Laurier University, he begged to transfer into the Music Faculty to become a composer. Which, after growing up training his ear with Petula Clark, The Partridge Family, and Captain and Tennille, playing saxophone and flute in high school bands, singing in two choirs, and writing his own songs for voice class, surprised absolutely no one.

Now, as a freelance composer based in Vancouver, Canada, Ryan finds inspiration in the world around him—nature, science, literature, visual art, even the stock market—and creates music that runs the gamut from orchestral and chamber works to opera, art song, and choral music.

Recent collaborations include Seasons of the Sea with Coast Salish/Sahtu Dene storyteller Rosemary Georgeson for Vetta Chamber Music; Afghanistan: Requiem for a Generation with poet Suzanne Steele for the Calgary Philharmonic; and Scar Tissue with poet Michael Redhill for Nordic Voices and Gryphon Trio.

Ryan was the Vancouver Symphony’s Composer-in-Residence (2002-2007) and Composer Laureate (2008/09). He was an Affiliate Composer with the Toronto Symphony (2000-2002), and is currently Composer Advisor for Music Toronto. He holds degrees from Wilfrid Laurier University, University of Toronto, and Cleveland Institute of Music, where he studied with acclaimed composer Donald Erb.

Jeffrey Ryan was raised in Fergus, Ontario. He left the School of Business and Economics at Wilfrid Laurier University to join the Faculty of Music, graduating in 1984 with an Honours Bachelor of Music degree. After earning a Master's degree in composition from the University of Toronto, he went on to receive his Doctor of Musical Arts degree in music composition from The Cleveland Institute of Music in 1995,

Drivetime is inspired by the idea of travelling and the way that we perceive time when in motion. When we are in a car on a highway, for example, it may feel like we are moving quickly. But to someone looking down from a plane flying overhead, that car looks like it is barely moving. The music first moves forward then slows down becoming suspended, finally closing in an explosion of energy.


Jean Sibelius (1865-1957)
Valse triste, Op. 44 No. 1
‍
Widely recognized as Finland’s national composer, Jean Sibelius’ musical output, including seven often-performed symphonies, is credited with helping Finland through its struggles with and eventual separation from Russia in 1917. Immediately recognizable are his popular Finlandia, Karelia Suite and the Valse triste(Sad Waltz).

Although intended as incidental music to accompany his brother-in-law’s play Death, the valse soon became popular as a stand-alone concert selection. The piece is brief, a mere six minutes, but displays “a magical intensity of the work’s mood and colour,” to quote one critic’s phrase.

The waltz portrays a sense of melancholic reminiscences that come with old age, the scene in the play where “Paavali, the central character, is seen at the bedside of his dying mother. She tells him that she has dreamed of attending a ball. Paavali falls asleep, and Death enters to claim his victim. The mother mistakes Death for her deceased husband and dances away with him. Paavali awakes to find her dead.”

The first of the significant Romantic era composers, von Weber wa an important figure in the development of German romantic opera: Der Freischutz (1821), Euryanthe (1823) and Oberon (1826) are the most notable among the ten he completed. His scores abound in recollections of German folksong and dance set to backdrops of German landscapes. Notable composers that followed him, including Wagner, were heavily influenced by these works, and his incidental piano compositions also had a profound impact on Chopin and Franz Liszt. He was also an admired producer of works for the concert hall, writing concertos for the bassoon, horn and particularly the clarinet; his complete understanding of the clarinet allowed him to explore its full potential.

The Clarinet Concerto No. 1 is in three traditional movements: Allegro, Andante and Rondo. Of note is its controversial history. It is well known that the composer left the score’s clarinet solo part undeveloped. Instead, it was left for the soloist (his friend Heinrich Baermann) to “phrase, add and embellish as he pleased”. This was not an uncommon practice in concerto writing during this period. Then, in 1868, Heinrich’s son Carl, an accomplished clarinetist, published a copy of the concerto which included his father’s additions for the solo part. Much of the score was not what von Weber had written in the original edition, and today there is no correct or “verifiable” way to perform the composer’s masterpiece. To add to the debate there now exists several hybrids of the concerto, and…the controversy lives on.


Jean Sibelius
Symphony No. 2 in D minor
‍
Jean Sibelius’ close friend conductor Robert Kajanus—a distinguished Sibelius interpreter—wrote an essay in which he commented the composer’s second symphony was “a broken-hearted protest against all the injustice that threatens at the present time to deprive the sun of its light and the flowers of their scent.” The comparison is allegorical, whether intended or not. Sibelius chose to ignore the comment; instead he insisted that any symphony is more than just composition, “it is a confession at a given stage in one’s life.”

The work, throughout its four movements, is a study in contrasts. The pastoral atmosphere of the first movement is soon replaced by passages of dark unease and apprehension. Yet again, the music turns to warmth and ease, only to return to outbursts of rugged textures. One critic described the symphony “the like of which we’ve never heard before.”.

Sibelius himself conducted the symphony in Helsinki in 1902 where it wasmet with enormous success. It was a time of intense patriotic emotions—thestruggle for Finnish independence. To this day the Finnish people finddeep-seated pride in the music of the second symphony, a work that has becomean unchallenged concert mainstay.